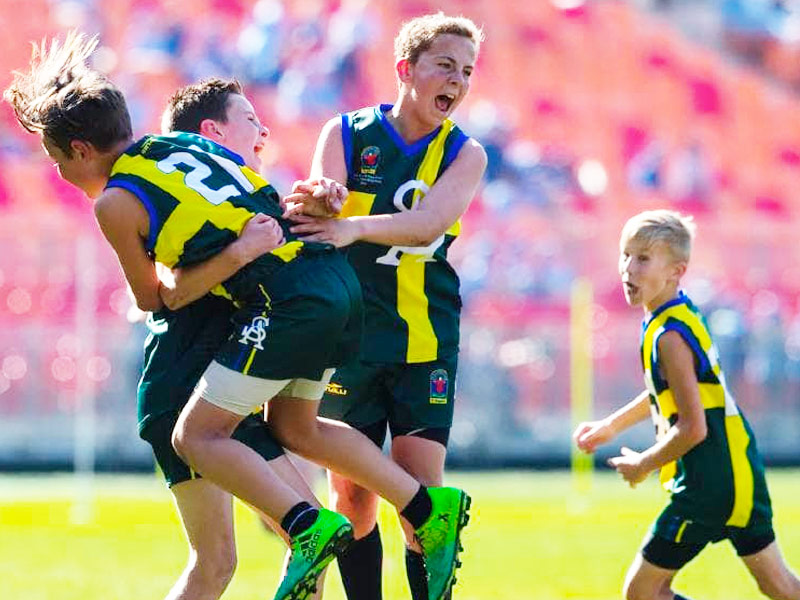 St Angela's Primary School, Castle Hill have held their own against the best school Aussie rules teams in NSW and the ACT to claim a fourth-place finish at the Paul Kelly Cup state finals.

St Angela’s were one of the top 24 boys teams in action at the finals, which were held at GIANTS Stadium on Monday, August 5.

After claiming two wins and a loss through their pool stage, St Angela’s took on two-time defending champions Knox Grammar in the semi-finals. Despite a phenomenal effort, St Angela’s weren’t able to overcome their more favoured opponents, going down in an agonising 1.3 (9)- 1.2 (8) defeat. 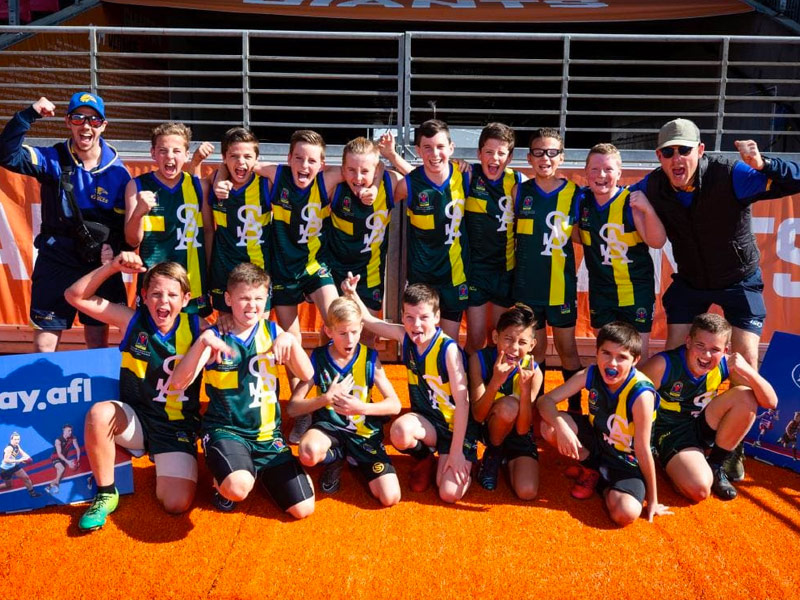 “They had a fantastic experience,” he said.

“We had boys who all brought something different to our team, combining from a variety of sporting backgrounds.

“It’s great to see the boys get an experience like this to play at an elite AFL stadium and they enjoyed every moment.”

Send us an email